Unity Presbyterian Church was originally established as “Beattie’s Meeting House” in the year 1764. The first settlers to this area were Scotch-Irish and of a Presbyterian faith. The pioneer, John Beattie, established the first religious center in the area, built of logs beside a grove of oak and hickory near a spring. This church saw these pioneers through the turmoil of the Revolutionary War with many having to choose sides against friends and relatives as staunch patriots.

The first pastor of record at Unity was Rev. Humphries Hunter, who came to Unity in 1796. He was born in Londonderry, Ireland and came to Mecklenburg County in 1759. He served with distinction in the Revolutionary War.

In 1808, it was decided to build a more commodious building. Several acres were deeded to “Unity” church for this purpose. This was a building with elevated seats near the doors, which graduated to a high, raised pulpit covered with a hood on each side. Hooded pews also stood on each side of the pulpit, occupied by the more prominent families of the time. The pastor at the time was the Rev. Henry N. Pharr, familiarly called the ‘high priest’ on account of his size. 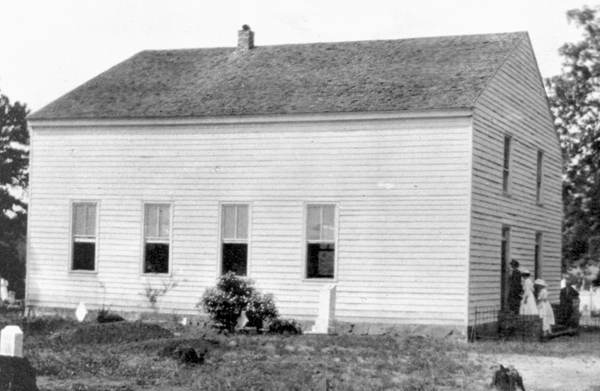 This building was quickly replaced by a third building. Records indicate that the population of the area was growing rapidly and the church was growing in numbers and influence. This was the model of a conventional church of the era, a large clapboard building with a high pulpit facing the congregation with a gallery at the rear for slaves. This building, built in 1833, stood for almost 100 years.

Shortly after this building was completed, Rev. Sparrow left to be replaced by Rev. James Adams, who married Eliza Burton, daughter of area pioneer Robert H. Burton. With its placement on a main road in a growing area, Unity continued its growth and ministry throughout the 1800’s. 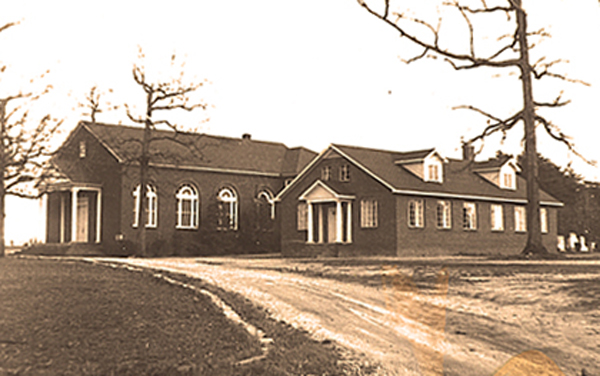 When it was evident that a nearly 100 year old building was at the end of its life, church members, under the leadership of Rev. W.T. Smith, came together to complete a new building in spring of 1931. This building had a main auditorium and nine Sunday School rooms. (This is currently known as our chapel, which is closed to use at this time.)

In 1963, Duke Power completed work on the Cowan’s Ford Dam across the Catawba River, and filled Lake Norman for the first time. This drastically changed not only the landscape but the makeup of the area. Highway 73, which once ran by Unity Presbyterian Church over to Davidson, was diverted south to cross at the dam, and Unity Church Road ended at the lake.

The congregation voted to erect a new manse in 1964 on land gifted adjacent to the church. This large home boasted a living room, dining room, four bedrooms, 2 ½ baths, and an office.

Lake Norman has drawn thousands of new residents to the Denver area from all over the United States. Our diversity has greatly increased since those mostly agricultural days, as banking and racing moved to the forefront of growth in this area. Many people have joined with those few remaining families at Unity to give new life and direction to a church that needed healing.

In 1983, the congregation broke ground on a new fellowship hall, which was completed by the end of the year. (This is now our Children & Youth Center.)

Seeing the need for more space for educational programming, a two story Education Building was planned and erected in 1998. This housed Sunday school, nurseries, and choir and made space available to open our Unity Preschool in 2001.

Following the call of Unity’s first female pastor, Rev. Carol B. Clark, in 2001, growth skyrocketed.  It was evident that another building would need to be built to see the congregation into a new millennium. Erected in 2005, our current sanctuary holds over 300 people and includes a large choir rehearsal area, a common gathering area, meeting room, and a fellowship hall and commercial kitchen for church events. Thanks in large part to Rev. Mark Clark, Unity’s first parish associate and husband of Rev. Carol Clark, technology also reached Unity as computers were networked, websites created, and email became the main method of communication. With this new building, video was made available in worship at Unity for the first time. Live streaming and recording make our services open to those who cannot physically worship with us.

Rev. Tricia G. Lytle and Rev. David Garnett served as pastors to Unity in the interim period following the departure of the Revs. Clark. Rev. Lytle was installed as Unity’s first associate pastor in November 2017 as the congregation awaited the call of the Rev. David Bonnema in April 2018. Balancing youth with wisdom and experience, Unity is poised for even more growth under his leadership as Lincoln County estimates that 10,000 more families will move to the area by 2025.

Jan Hoke, who grew up a stone’s throw from Unity, put together an interesting set of facts about the Unity Cemetery: